While the UK isn’t short on historic breweries, there’s been a steady flow of new entrants onto the beer scene in recent years too. For craft beer fans, and indeed those looking to stock their bars with new and exciting brews, there are plenty of up-and-coming UK beer companies to choose from.

Below is a selection of just some of the freshest, new UK breweries that began releasing their beers in the past year or two.

Rising from the ashes of Cotleigh Brewery in the West Country is new Nuttycombe Brewery. Not long after Cotleigh closed its doors in September 2021, publican Ross Nuttycombe reopened them, resuming brewing on the site in May 2022. The new brewery has a focus on sustainability, from sourcing to production, not to mention the use of reclaimed oak for its merch.

The brewery’s first beer, Sovereign, launched around the time of the Queen’s Platinum Jubilee, and is made with Sovereign hops. Also in the range are beers such as Just One More Best Bitter and Cheers Session Bitter.

As the brewery’s name – not to mention its labels and beer names – suggests, the team behind BritHop share a “passion for 90's Britpop culture”. Think beers such as Streets Like A Jungle, Sandstorm and King of the Kerb.

Beer styles are diverse, such as Thirst for Knowledge, a DDH Hazy Pale Ale, and its limited-edition 7% ABV Indie Pale Ale Day We Caught The Train, all the way to 4% ABV Best Bitter, Something in the Woodshed. BritHop moved into its brewery at the start of 2022, and its taproom is open on weekends.

This Scottish brewer is inextricably linked with its surrounds, with its core range of beers taking inspiration from the region’s natural features, as well as its history. Arctic Convoy IPA, for example, pays tribute to the seafarers and crofters of Loch Ewe during the Second World War, while Firemore Ruby Ale is inspired by the sunsets over the loch.

Ewebrew is run by husband and wife team Jo and James Struthers, both bringing extensive brewing experience. To complement the focus on the local region, Scottish grains and Highland water are used in production. In addition, the brewery is carbon negative and sustainable, working with sister company The Wester Ross Carbon Capture Research Facility.

This Manchester brewery has been set up by the founding brewer at Cloudwater, James Campbell. Although founded in 2020, the Sureshot began setting up its own brewery at the start of 2022.

The colourfully-named range of beers includes How Much Does Water Weigh, a pale ale at 4.2% ABV, a New England IPA entitled I Lost My Bag In Newport Pagnell (6% ABV), and Bring Me The Head Of John The Accountant, an 8% double IPA.

The Southend-on-Sea brewer’s taproom opened in March, currently open Wednesday to Friday, serving its range on tap, while the bottled range is available from the brewery’s website.

Northern Ireland independent, family-owned Our Brewery set up in the latter half of 2021, with a focus on creativity and innovation, and a mission to introduce more people to local craft beer.

The initial core trio of beers, launched in mid-2022, are Once in a Lifetime Oatmeal Stout, Modern Love Pale Ale and Pressure to Pick Italian Style Pils. The latter gets its name, as well as its simple label and quality ingredients, from the brewery’s intention to not be daunting to consumers, in a category with no shortage of obscure beer names and busy labels.

Scottish microbrewery Strangers was set up in a shed on eco-friendly Narrowboat Farm in 2021. The intention is to brew small batches of beer inspired by local flavours, particularly the seasonal specials that complement the brewery’s core range. The use of local ingredients – including malts from Fife less than 25km from the brewery – ties into Strangers’ commitment to sustainability, with plans to become carbon net zero.

Craven’s taproom is open to visitors from Friday to Monday, serving cask and keg beers, including seasonal specials, alongside a range of other drinks.

Previously brewing at the East Coast Organics farm in Pencaitland, Newt recently moved to Eskbank, Musselburgh, not far from Edinburgh. Producing beer in small batches no larger than 1,000 litres, the brewery combines traditional methods with modern techniques and equipment. Malt and hops used in the brewing process are organic.

Beers include the certified organic and vegan-friendly Bavarian Pale and Organic Blond.

Newton Abbot-based Copperhead’s first beer was Deliverance, a pale ale made with Maris Otter malted barley, and joined by others such as extra pale ale Pale Rider at just 4.1% ABV, and the eponymous Copperhead, a “Motley Best Bitter”. Black Flamingo, meanwhile, is the brewery’s 8.8% ABV imperial stout.

After three years of developing beers, Copperhead debuted in January 2022, after moving into a new brewery in late 2020.

View the latest drinks articles we have published

Stay in the know

Receive our latest news monthly for free straight to your inbox

Looking for something else? 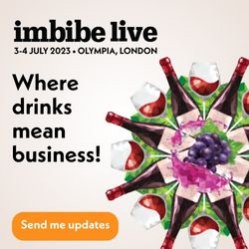